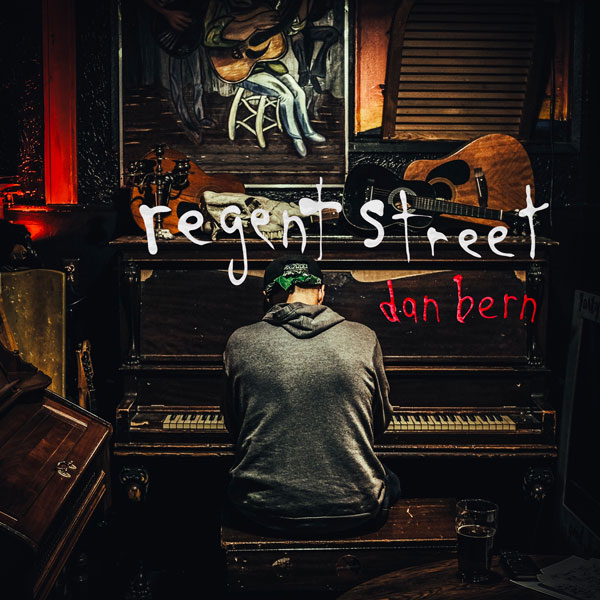 I thought maybe when his hand got mangled up, we may have lost Dan Bern – as a creator of new music – forever. (Editor’s note: Upon rereading this, I realize that as a dumb thing to think for any amount of time. It’s obvious that as a songwriter and musician, Bern is completely unimpeachable and relentless. He’d make it work no matter what befell him.) It was a terrifying proposition to me because there is no other artist who has helped me make sense of the chaos of life more than Bern. Whenever the world seems like it’s too much, like all the beauty has been choked out of everyday life, Bern’s music has always been there for me, to help ease my mind and, more importantly, my soul. I don’t know if you’ve noticed, but the world has felt a little more upside down and confusing than usual lately, and so when I heard that not only was Bern definitely okay, he had a new album on the way, I was more than anticipating it. And Regent Street does not disappoint. It is a big, beautiful, tremblingly human album – a deeply soothing salve for toxic, dehumanizing times.

Building much of the album around the piano instead of a guitar gives the album a phenomenal elasticity in its emotional reach. Check out the bouncy notes that open and carry the pace of “Dear Tiger Woods.” The songs title will make longtime fans do a double take as Bern turns his eye back to one of his most iconic subjects, the titular titan of golf. Bern takes on Woods and his legacy in a much more direct way than the snarky hit of his past. The song demonstrates Bern’s otherworldly ability make witty, precise pop culture references while simultaneously mining the intricacies of human relationships (with parents, with heroes). It’s an incredible trick that Bern clearly hasn’t lost the knack for.

The spiralling piano notes of “Ridin On A Train” send the listener out into the ether of a dream. On every Dan Bern record there’s one song that I can never figure out. A song that gives me something different every time I ingest it, that is seemingly never the same, never invokes the same emotion twice in a row. I think “Ridin On A Train” will prove to be that song on this record. It is delightful and absurd and gorgeous – a potent combination. If that song is a dream, the haunting “American Without the People” is a nightmare. The kind of nightmare that hangs around after you wake up and makes you feel uneasy for the enitre morning. The song is a blunt instrument, chilling in its simple message of isolation and theft. The mix of authority and indifference in Bern’s voice as he assumes the position of a dictator gutting and looting his country lingers in the ears. It’s real as fuck…and we all know why.

“Deregulation” and “One Song” is an epic one-two punch of truly large songs. Large in their sweeping sounds. Large in their emotional resonance. This review is already getting long, so for the sake of time I’m just going to focus on one of them here. “One Song” is one of the most immediately impactful songs of 2019. There are few, if any, songwriters who consistently write about mortality as much as Bern while still managing to never come across corny or contrived. Perhaps it’s because when he’s looking at the end, looking at death, he’s writing about life and the things that make life worth the confusion and the suffering. Life is Love, and it’s something Bern has reminded me of time and time again. This is no different.

The whole thing isn’t doom and gloom and life and death. “Negotiation” is a legitimately fun, lilting relationship study with one of the catchiest hooks I’ve heard in a long time. The album opener and title track, “Regent Street” is, as the kids say, a bop. It’s dark and fun and bouncy as hell. The album ends with the straight-forward and desperately needed anthemic plea for gun control in the U.S. “Take The Guns Away.” At first it seems like a strange choice as the song appears after the aforementioned “One Song,” which is probably the greatest closing song of all-time, even while decidedly not closing Regent Street. But it makes sense knowing the song was added at the last minute, because as always, Bern is always paying close attention to the country he clearly loves, and needed to tackle this never-ending crisis urgently and directly. A final example of the deep, capital-L Love that drives Regent Street.

Recommended listening if you need a jolt in the heart, wrapped up in very pleasant melodies and other ear feels. Give it a buy at danbern.com or a stream (and then a buy) on bandcamp.