Talking to Dan Bern, the songwriter responsible for the flawless fake Dylan song in Walk Hard, The Dewey Cox Story 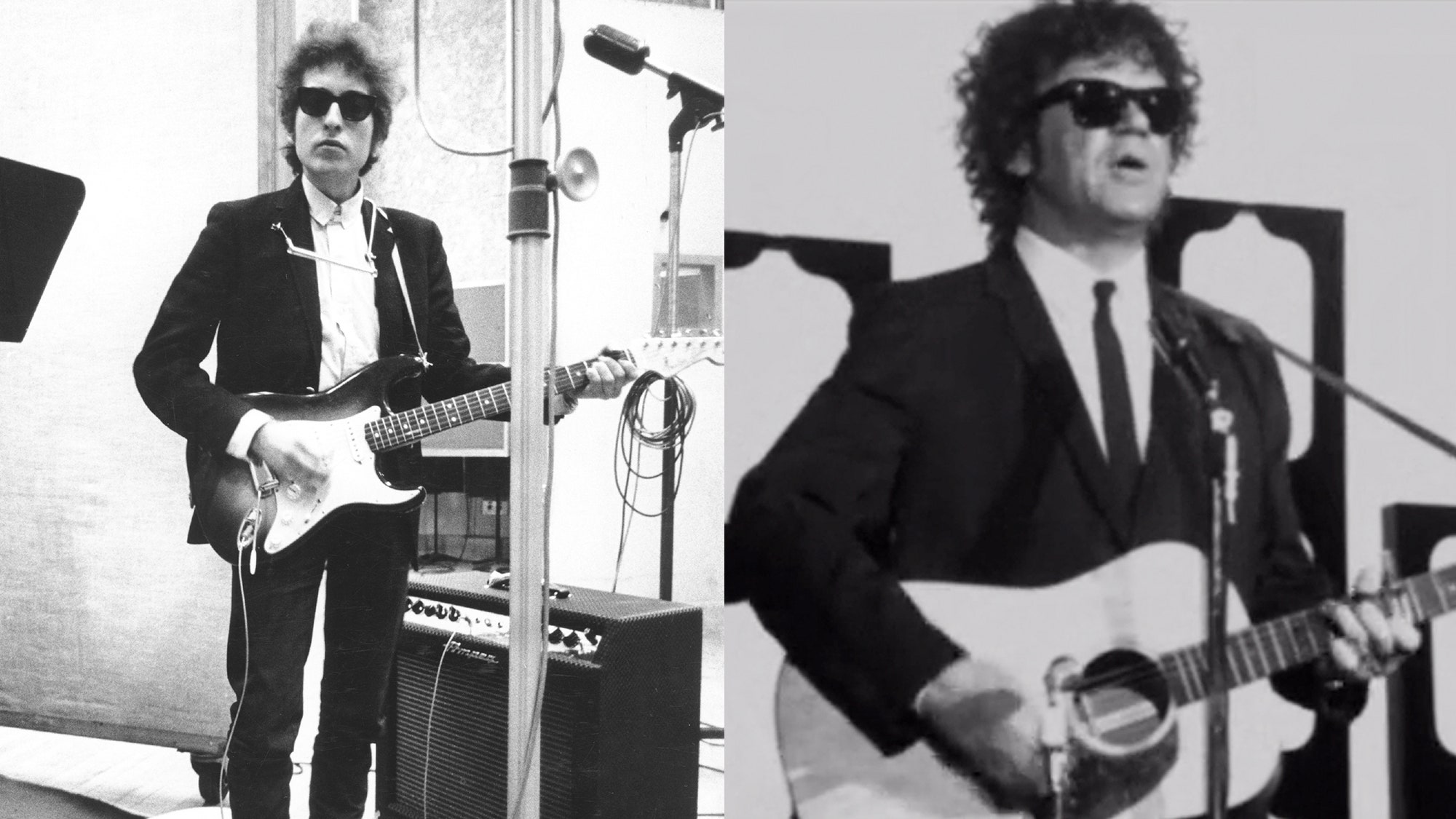 1966. A man with a mop of unruly hair, dressed in a sharp black suit and black sunglasses, stands on an auditorium stage. He strums a folk-inflected melody on his guitar, then launches into craggy-voiced song, the lyrics an enigmatic stream-of-consciousness.

Is it poetry? Is it ancient wisdom in modern form? Well, it goes like this:

I am not, in case “stuffed cabbage” or “rim job” didn’t make it clear by now, referring to Bob Dylan, but a scene from the 2007 cinematic masterpiece Walk Hard: The Dewey Cox Story. The movie, starring John C. Reilly as Dewey Cox, is a pitch-perfect parody of the typical weighty music biopic that follows an artist through decades of adversity and triumph over the course of two hours. Produced and co-written by Judd Apatow during the peak of his comedic domination, what makes Walk Hard truly transcendent is its commitment to constant heavy-handed absurdity—Dewey’s origin story, for instance, involves him accidentally cutting his brother in half with a machete and then immediately losing his sense of smell—and its score of genuinely impressive original songs.

The best of them is “Royal Jelly,” a flawlessly nonsensical fake Dylan song that name checks “Dairy Queen and Vaseline and Maybelline, Paul Bunyan and James Dean” and includes the awkwardly suggestive chorus “let me touch you where the Royal Jelly gets made.” In the movie’s timeline, Dewey Cox, recently released from rehab, has an epiphany: there are “people that’s having injustices done to them” so “I have to try to help people with my music.” Soon after, he’s at a press conference where a reporter ventures that his new music sounds an awful lot like Dylan’s. Dewey fires back, indignant: “Well maybe Bob Dylan sounds a lot like me! How come nobody ever asks Bob Dylan, Why you sound so much like Dewey Cox?” Then comes a deadpan cut to his performance, which reveals that he sounds exactly like Bob Dylan.

I should say that I have loved Bob Dylan since I was a teenager. My first concert ever was seeing him at a local minor league baseball stadium. I also, since first watching Walk Hard, have had my brain fully incepted by this clip. Every time I hear Bob Dylan’s name, I don’t think about anything in his extraordinary oeuvre. I don’t even think about his Victoria’s Secret commercial. I think about Dewey Cox.

With the release of Rough and Rowdy Ways last week, Dylan’s first album of original songs in eight years, I found myself wanting to track down and talk to the person who had both written the greatest Dylan parody song of all time and inadvertently changed my relationship with his entire catalogue. That would be musician Dan Bern, whose original songs have also been inspired by and compared to the man himself.

“We were trying to write really good songs that were also funny in the context,” Bern told me about the team of songwriters who were hired for Walk Hard. “It felt like the Manhattan Project, where scientists dropped their work to go work on the A-bomb together.”

For Dewey’s Dylan phase, Bern personally wrote four songs over the course of three days, trying to channel the Blonde on Blonde era. Two ended up in the film: “Royal Jelly” and “Farmer Glickstein” in the closing credits. (“Red clouds on the road required / Three new garbage men just hired.”) If the writing was efficient, the process of how he actually did it was more amorphous. “It was just allowing yourself to go wild with images and metaphor and not have to worry about, how is this making sense in some linear way?” Bern said. “I like to think I sort of got into the headspace that Dylan was in when he was writing, or at least a glimpse of it. It was a really freeing thing to do.”

“I think it starts with just one line. I mean, as soon as you get ‘mailboxes drip like lampposts in the twisted birth canal of the Coliseum,’ it’s like, write the next one!” he added. “I mean, it can be anything.”

Some of the final recording involved John C. Reilly riffing as well. Bern said Reilly spontaneously shouted “You’re a liar” at the end of the song as a nod to the infamous 1966 Dylan show when he responded as such to a heckler who called him “Judas.” “John had enough of a sense of all that history,” Bern told me. “He was fun and funny, and he approached everything with such a seriousness, too.”

Reilly, for his part, told The Ringer in a 2019, “I found myself getting really emotional when I was singing it. It was a real testament to the fact that it doesn’t matter what the words of a song are. If you put your spirit into it and you really mean it, you really can try to connect with an audience.”

And how does Bern feel about “Royal Jelly” now? “I’m proud that I had a hand in it,” he said. “I’m proud that Dewey Cox wrote it or sang it. I’m really grateful that I got to do that, mostly.” (Bern’s personal favorite tune from the film is “Beautiful Ride,” the ballad that Dewey sings on stage at a lifetime achievement award ceremony, before dying exactly three minutes later.)

Years after Walk Hard came out, Bern learned that Dylan had some choice words for him—not about “Royal Jelly” but another Dylan-related parody of his. Back in 1991, Bern had written a spoof “interview” with Dylan’s mother, for a small magazine called Song Talk, in which “she” revealed that she had actually written all of her son’s songs. In 2015, Bern was informed that Dylan had supposedly seen the piece in 1994 and wrote a letter to the magazine calling him a “scurrilous little wretch with a hard-on for comedy.”

“I had to work through it a little bit,” Bern said. “But hey, not everybody has a blurb from that guy.”

Bern has, of course, listened to Rough and Rowdy Ways, saying, “I look forward to continuing to absorb it, but I think it’s great. I love the sound, it’s swampy, it’s real bluesy. The songs are deep. They’re all about death and religion and the sacred and the profane all mixed together.”

Before I hung up, I asked Bern my most pressing question: did he remember where the name “Royal Jelly,” technically a honey bee secretion, came from? “No,” Bern replied quickly, before venturing, “I eat royal jelly, so maybe I had some royal jelly on the counter?” Fair enough. As a wise man once said: “inside the three-eyed monkey within inches of his toaster oven life.” 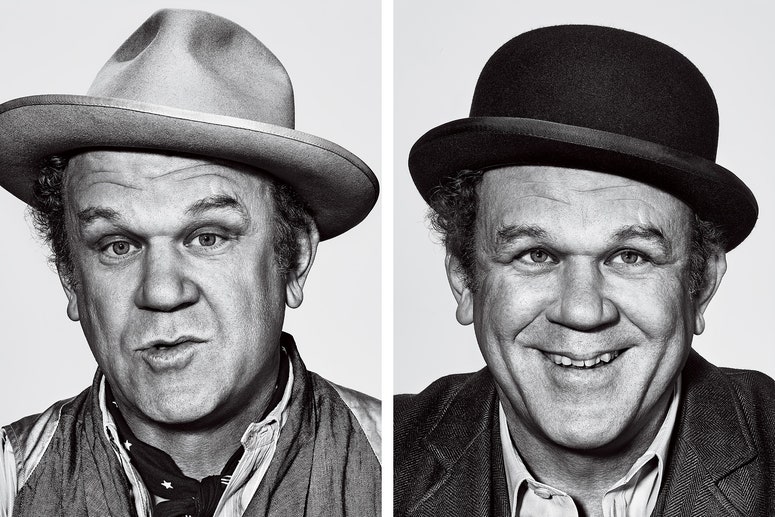 GQ gets to know the notoriously unknowable sidekick-in-chief—with a little help from longtime partners like Will Ferrell, Joaquin Phoenix, and Paul Thomas Anderson.