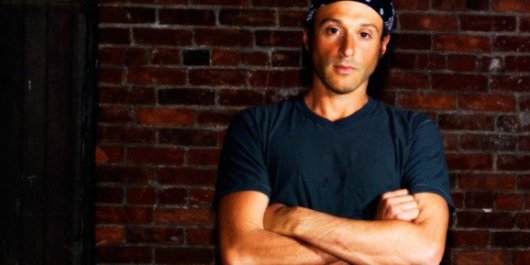 With twenty — yes, twenty! — releases to his credit thus far, Dan Bern somehow remains an undiscovered talent, a singer/songwriter whose music is so honest and evocative, it guarantees an immediate positive impression. His music is frequently compared to Dylan, Springsteen and Elvis Costello, but those comparisons somehow fall short, not because he’s unworthy of being mentioned in such esteemed company, but rather because his singular narratives are so based on individual realities that there’s no way anyone could possibly mistake them for anything but his own. “I guess Bob Dylan was sort of the Dan Bern of the ’60′s,” he once joked to an interviewer and while the humor is apparent, so too is Bern’s confidence and clarity of purpose. It may be borne from the fact that he’s taken various tangents in his career — after all, twenty recordings offers some indication of a restless desire — but they’ve also helped him polish his craft to the point where he can take pride in his singular style. It’s a reputation he can easily hang his hat on.

Likewise, Bern’s prolific prowess has given him a broad palette, one that broadened when he wrote his first novel, “Quitting Science,” under the pen name Cunliffe Merriwether in 2002. This is also the same person who put out a disc entitled The Swastika EP and once billed himself as “Dan Bern & the International Jewish Banking Conspiracy.” Mostly though, he mines the role of tireless troubadour, a mission he refers to in what’s become his signature song, “Talkin’ Woody, Bob, Bruce, and Dan Blues,” from his seminal album Smartie Mine. On his new album, Hoody, he returns to that theme, first in the jangly autobiographical offering “Merle, Hank & Johnny,” in which he recounts the early days of his career and cites the precious influences he name checks in the title, and later in the talking Dylan-esque rambles “Waffle House” and “One Piece at a Time.” Clearly, Bern’s original influences haven’t strayed very far from the surface. Neither has his sense of humor, making his blend of wit and reflection one of his most expressive and effective traits. It’s little wonder that he’s showed off his skills by writing music for film, an area where his narrative abilities have been used to great advantage.

Of course, a back story means little in light of present circumstances if the momentum falters along the way. That’s certainly not the case here, and if anything, Hoody ranks as one of Bern’s best efforts to day. From the gentle echoes of “Sky” and the jaunty tones of “Late Show” to the earnest devotion of “Turn on a Dime” and the richly detailed road song “Terre Haute” (“I really love the smell of gasoline, makes me think of places I’ve seen”), Bern’s music resonates with a clarity and confidence that elevates him to the top tiers of today’s singing storytellers. In short, Hoody offers all the attributes one would hope for in a gifted singer/songwriter — intelligence, savvy and choruses one can hang a hook on. Bern is brilliant indeed.