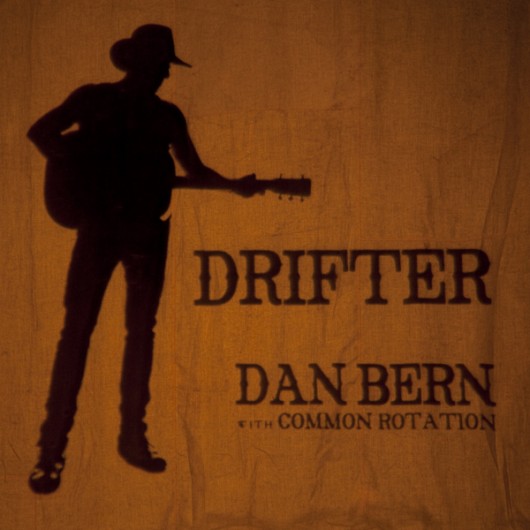 You’ve gotta hand it to Dan Bern. The guy has stuck to his guns on a lot of things, including writing unembellished folk songs that range in subject matter from reckless sex in a post-AIDS world to metaphorical tornados to the size of Tiger Woods’, um, golf balls. And it’s turned out in various ways: sometimes excellent (1998’s Fifty Eggs), often unexpectedly poignant (“God Said No”) and frequently political (“Bush Must Be Defeated”). But let’s be honest, it’s sometimes downright goofy, too, like on “Rollerblades,” where he happily sings “I’ll tell you about the night I decided to buy some rollerblades,” and does. Hint: it involves a girl who turned him on to Massive Attack, a hotel on 25th and Third in Manhattan and a poet from Bristol.

So somehow it makes sense that not only did Bern decide to release an entire 18-song record (called Doubleheader) devoted to his boyhood obsession, baseball, but he chose to put it out at the same time as another entire full-length that’s as meta-Bern as you can get, with folk songs balancing sweetness, weirdness and “huh?” moments. The latter, titled Drifter, takes its name from a character made up by Hank Williams, who would sometimes adopt the nom de plume of Luke the Drifter and preach religion as a good gospel-loving boy while the other Hank Sr. would lose himself in drink. In fact, the album starts with a song titled “Luke The Drifter,” which seems to speak directly to Bern himself. “And I found myself writing long poetic lines with awesome rhymes,” he sings, “and maybe you’re thinking Dylan, but to me its just that shit Alexander Pope.”

Bern’s been long compared to Bob Dylan, and he’s even spoofed the man in a song “Talkin’ Woody, Bob, Bruce, And Dan Blues,” where he pokes fun at his most direct influences. They’re certainly evident on Drifter, as he partners with the Los Angeles collective Common Rotation to create a fuller sound, often accented with banjo, dobro and trumpet. And sure, if you want to be hyper-literary about it, there are shades of Alexander Pope, too, in the sense that Bern’s always written borderline satire that, at the same time, begs to be taken seriously as creative work once you’ve moved past the spoofiness.

There’s some pretty standard Bern-isms on Drifter, with political talk, references to sports figures and plenty of signature Bern chord progressions, too, that bleed songs into others on this record and ones past. For that reason, there’s a good bit of extraneous material like “Rainin In Madrid,” which rips a melody from his own tune, “Cure For Aids,” and shout-outs Raphael Nadal. But in the thick of it, there are tender glimpses, namely a duet with Emmylou Harris called “Swing Set,” that shows the man in a new light; and there are moments of quirk that work, like “Holy House,” a swinging take on spirituality.

The piece that links both Drifter and Doubleheader is a tribute to Dodgers sportscaster Vin Scully called “The Golden Voice Of Vin Scully.” It’s song number two on both records, and, quite unsurprisingly, more at home on Doubleheader. But not for the reasons you’d think. Though yes, a concept album about baseball is certainly kitsch, it works much more in Bern’s favor to get the theme out of the way before the songs even start. You’re able to listen to Doubleheader in a different context than Drifter – it doesn’t stick out like a sore thumb when Bern starts rattling off the names of athletes or teams because it’s expected, and the songs can be heard for the songs’ sake. Which, as it turns out, are far stronger than anything on Drifter. They’re riskier and sonically more fun: “Five-Nothing Lead” is about the Giants losing the World Series as interpreted into a solemn country tune (with lyrics like “Dusty, oh Dusty, Why’d you pull Ortiz?”) and “Love, War And A Baseball Game,” an upbeat Bayou-romp.

Growing up as lone Jewish kid in a small Iowa town, Bern escaped into the dreams and promises of the great American pastime every time he heard the crackle of a bat, and, later, the strum of a guitar. He may not be Dylan – or that shit Alexander Pope – and Drifter and Doubleheader are no home run. But they’re a damn good swing at a heroic couplet.