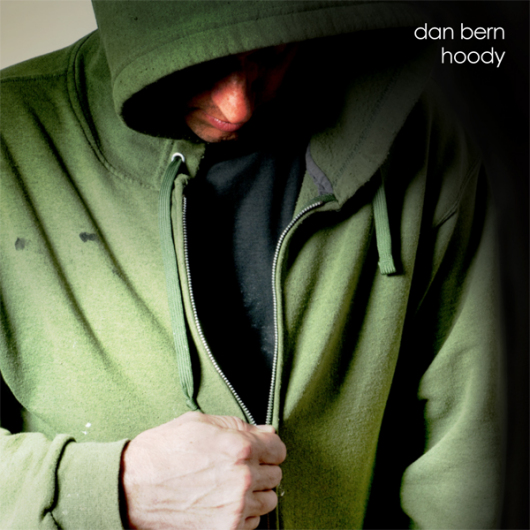 Dan Bern emerged on the New York City folk scene in 1998, with the song “Tiger Woods,” a song about, well, his male anatomy. That sense of irreverence and comedy has followed Bern though much of his two decade career. Though he has made a name for himself with his jocular ditties, he’s not afraid to mine songs with weightier themes (see 2002’s The Swastika EP). That innate ability to vacillate so deftly between material is why Bern has and continues to be one of folk music’s finest songwriters.

Hoody theaters to plateau on the next two offerings. The first of which is “Lifeline,” a duet with vocalist Eric Kufs that frolics along with a carefree breeziness while spinning a yarn about an open-arms approach to embracing life. The album’s first ballad comes in the form of “Turn on a Dime,” a woozy valentine replete with harmonica and an unadorned simplicity that lingers long after the final seconds. Not content to muddle in mediocrity, Bern returns with force on “Terre Haute, “ the final song in the life-on-the-road trilogy. Playful and circular, the song borrows the same wooziness from “Turn on a Dime” while also possessing the same enveloping and inviting nature of the title track. Bolstered by twinkling piano and a catchy chorus, this flawless yarn about spending Thanksgiving away from those you love is as strong as anything Bern has released to date.

Bern is an admitted fan of pop music and knows his way around a hook as well as anybody in the folk genre. The finest example of that on Hoody is the cheery “Late Show,” a banjo-fueled ditty about trying not to be late for a public television appearance. Clocking in at 2:16, it could be argued the song is filler but giving it that moniker would probably be a disservice to Bern and the album as a whole. That sense of brevity and cleverness is revisited in “Waffle House,” a 90-second nugget that is a fantastically hilarious take on political persuasion that needs to be heard to be realized.

One of Hoody’s definitive apex moments is the tender ballad “World,” an ethereal and slow-moving rumination about living in the moment that is equal parts supple, simple and utterly sensational. Buttressed by the line “Maybe there’s some posture I should be in when I pray,” the song is ostensibly the finest example of how Bern is never afraid to shy away from heavier themes. If one needs more convincing, his cover of Clarence Wayne Kemp’s “One Piece at a Time” should absolutely do the trick. Relating the story of a blue-collar worker in middle America, the song is a rustic, knee-slapper that is a hip-shaking, beer-swilling good time.

Hoody concludes with “Sky,” the album’s final ballad and in many ways an epilogue to “World.” Utilizing just his weathered vocals and a weary banjo, the spartan “Sky” is a life-affirming and hopeful look at finding peace, joy and comfort despite a muddled and chaotic world. And it is in those quiet and sublime moments in “Sky,” that Bern makes the eighth and final argument of why he continues to be one of folk music’s most important artists. Now 20 years and 11 albums into his career, one hope he has 20 years and 11 more albums still left in him. He truly is a national treasure.